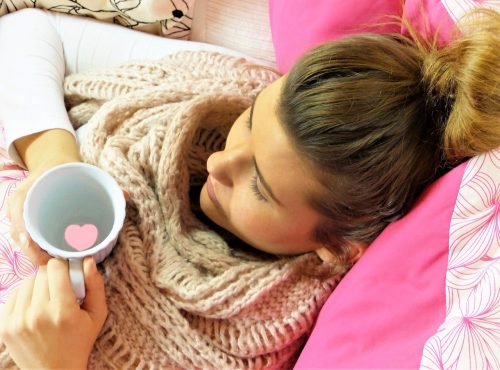 In my 25 years of existence, never have I ever pictured myself out dealing with an ovarian-related problem. My lifestyle is no different from my same-aged peers. I have a nine-to-five job that I neither love nor hate; I party and date when the opportunity arises. Of course, I also dream of becoming a mom of not one but three kids in the near future.

However, a few months back, I realized that I missed two cycles consecutively. Missing one period used not to bother me; I was told at a young age that it happens sometimes. But when a couple of months passed without menstruating, I thought, “Am I pregnant?” Multiple pregnancy test kits said ‘no,’ so what could it be?

Well, a trip to the OB-GYN’s clinic and an ultrasound told me that I have polycystic ovary syndrome (PCOS). This condition takes place due to the overproduction of androgens (male hormones) in a woman’s body. According to my doctor, everyone has male and female hormones, but the estrogen should be the more dominant one in women. If the opposite happens, it is highly likely for the menstruation to skip and for hairiness to appear on different parts of the body. It also makes conceiving difficult.

“The symptoms of PCOS start when your pituitary makes too much leutinizing hormone (LH) and/or your pancreas makes too much insulin. This causes your ovaries to make more testosterone than your body needs, which helps explain the extra acne and body hair. Too much testosterone can also cause cysts in your ovaries which aren’t so much cysts as they are immature follicles which started to develop but stopped before they could release an egg,” according to Paul Joannides Psy.D.

Despite all that information, I could not help but become dramatic and ask, “Why me? What did I do in my past life to deserve this disorder?”

As it turns out, there are three leading causes of PCOS that I — and now you — should know about.

“Many of the symptoms of PCOS can be misdiagnosed or overlooked as the result of stress or menstrual cycle hormonal changes. They can also begin as early as puberty or as late as early adulthood. And even PCOS symptoms like irregular or missed periods can be misdiagnosed as the result of certain medications, too much exercise, a thyroid dysfunction, a thickening of the uterine lining, polyps or fibroids,” says Georgia Witkin Ph.D. 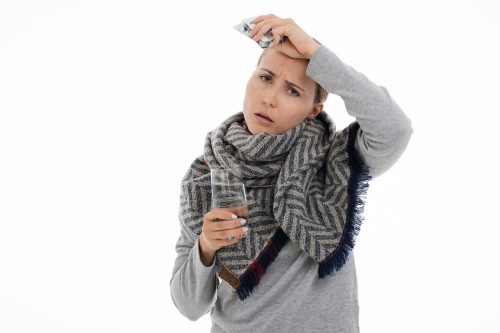 Ideally, the body experiences inflammation when the immune system detects foreign substances that may threaten your health. You may notice that a baby sometimes becomes feverish after getting booster shots. If you have contracted a viral infection, you may catch a fever as well. However, this response is not free from errors, considering it is one of the causes of PCOS.

To be specific, chronic low-grade inflammation is said to induce the appearance of polycystic ovaries. There is technically no fever to indicate that, but studies have shown that PCOS patients have higher C-reactive protein (CRP) levels than others. It entails that you may be dealing with oxidative stress and other factors that can heighten your CRP.

Another possible cause of polycystic ovary syndrome is insulin resistance.

As research suggests, at least 40% of women with PCOS are known to have issues with using the insulin that their body produces. This hormone is supposed to convert the sugar that goes in the blood into energy. If it doesn’t happen, there can be a hormonal imbalance.

The connection between PCOS and insulin resistance is especially strong for obese women. The reason is that they alter the brain function together, thus causing the excessive production of male hormones called androgens. When there are more androgens than estrogens (female hormones) in the body, women can experience excess hair growth, irregular menstrual cycle, and infertility.

Regardless of the two causes mentioned above, it may be challenging to escape PCOS if it is in your genes to have this issue. Based on studies, there is a gene called DENND1A in rare genetic variants that cause the overproduction of testosterone in a female body. While scientists don’t know how to alter that, it is safe to say that PCOS can be inherited. 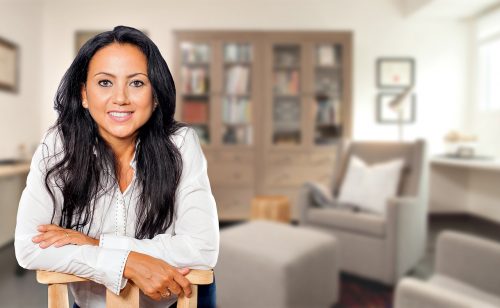 Polycystic ovary syndrome remains as an incurable and unavoidable endocrinal condition as we speak. Despite that, you should know that the chances of getting pregnant after being diagnosed can still be high. That is especially true if you change your lifestyle and work closely with your OB-GYN.

“The key take home messages are that while lifestyle management is the first and most important step in the management of PCOS, addition of metformin to lifestyle modification appears to provide additional advantages in improving BMI and menstrual cyclicity in the medium term,” says Helena Teede MBBS, PhD, FRACP.